Sri Lanka spinner Prabath Jayasuriya etched his name in history books when he claimed his third successive haul of five or more wickets to put Pakistan in trouble on the second day of the opening Test.

A five-for each in his first three Test innings 🤯

Jayasuriya became the third bowler in the history of the game, after Tom Richardson and Clarrie Grimmett, to pick five wickets in the first three outings of a Test career. Before his five-for against Pakistan in the first innings, he had plucked 6 for 118 and 6 for 49 against Australia. All of those wickets have come at Galle.

Should he pick another five-wicket haul in the second innings, he would become the first bowler to the feat.

During his spell on the second, at one point Jayasuriya was on a hat-trick and almost picked up three in a row but Yasir Shah had a lucky escape as the ball missed the edge of his bat. His victims included — Abdullah Shafique, Azhar Ali, Agha Salman, Mohammad Nawaz and Shaheen Afridi. 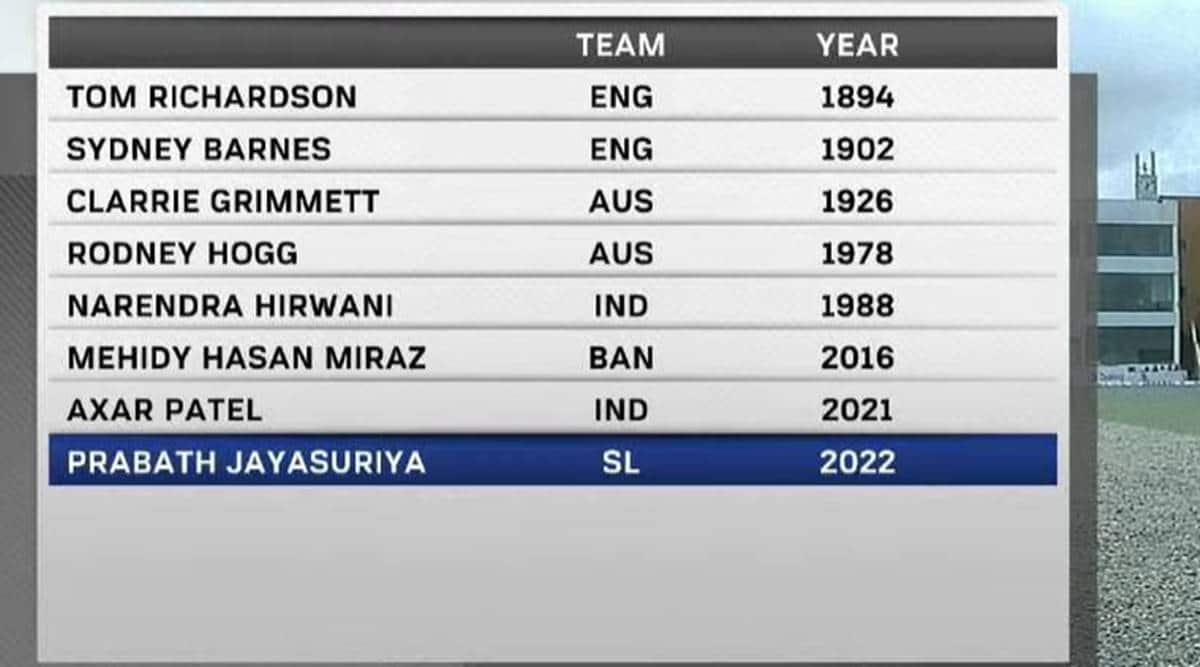 Prabath Jayasuriya’s Test career is off to a flier. (Screengrab)

Jayasuriya made his debut at 30 against Australia in the second match against in Galle where he took six wickets to help dismiss Australia for 151 to help the hosts bounce back from their opening loss and end the series at 1-1.

Barcelona sell further 24.5% stake in audiovisual studio amid rush to...