The basic premise of the film The Age of Adaline is a young woman who stops ageing. Nowadays, a few elite footballers who are supposed to be past their prime, according to conventional wisdom, are still on top of their game, effortlessly drawing a parallel to the protagonist of the 2015 movie.

Superstars like Cristiano Ronaldo, Lionel Messi and Robert Lewandowski are all in their early, mid or late thirties but show no signs of slowing down. It’s like the ravages of time have no effect on the bodies of these athletes who still aspire for the next big challenge.

In order to stay on top, the modern-day footballer has to sacrifice a lot and it shows on the field with stars like Luca Modric and Karim Benzema, who are both in their mid-30s and won the UEFA Champions League with Real Madrid this year.

Cristiano Ronaldo shatters the myth of a specific time frame during which a footballer stays in his/her prime. (File)

The way Ronaldo (37) is still a hot commodity in the transfer market after becoming the leading goal-scorer for an out-of-depth Manchester United last season shatters the myth of a specific time frame during which a footballer stays in his/her prime.

Polish striker Lewandowski (33), who was the highest scorer in the German Bundesliga last season, got a big-money move to Barcelona while 35-year-old Messi is still considered one of the best players in the world.

Zlatan Ibrahimovic has recently signed a contract extension with Serie A champions AC Milan, which will tie him down to the club till he is 41.

Gone are the days when teams were apprehensive about signing players more than 30 years of age. The game has witnessed a major shift in recent times.

Footballers playing past a certain age is not unprecedented as Francesco Totti, Paolo Maldini, Ryan Giggs and Javier Zanetti were all active into their 40s, but most of them were tied to one club for almost their entire careers.

The modern footballer, however, does not go by that notion. Messi at the age of 34 went to PSG, a European powerhouse, Lewandowski sealed a move to Barcelona at 33, and Ronaldo at the age of 36, joined Manchester United from Juventus. All these are big moves that were unconceivable even a few years ago. One would struggle to recall a period when three footballers, who would otherwise be considered ageing stars, still sit in the highest echelons of the sport, regularly competing to be called the best in the world. 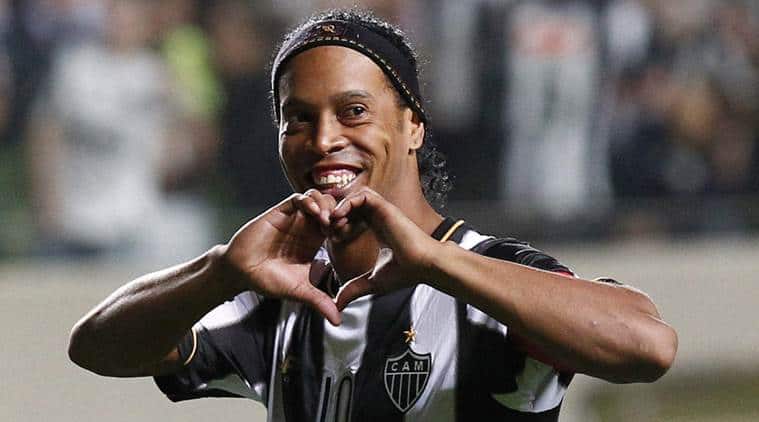 If one considers the example of Ronaldinho, considered the greatest player in the world in his prime, he went from Barcelona to AC Milan and then Flamengo, Atlético Mineiro, Querétaro and Fluminense, before retiring at the age of 35. To put matters in perspective, at 35, Messi is playing alongside Neymar and Kylian Mbappe, trying to win the UEFA Champions League while at a similar age, Ronaldo secured an eye-catching move from Real Madrid to Juventus.

So, what are the reasons behind the longevity of the seemingly ageless modern elite footballer?

The career span of a footballer is as dependent on their off-field choices as their on-field ones. A lot of promising careers were cut short as the players could not balance their personal and professional lives.

A few bad personal decisions spilled into their day job, leaving certain players with regrets and thoughts of what could have been. The foremost examples that come to mind is George Best, whose career and life were cut short by a wayward lifestyle, alcohol abuse, shattered relationships, violence and jail time. The second one is Ronaldinho, who had a hectic nightlife, which would eventually bring about his downfall. Perhaps, winning everything there is to win in world football killed his hunger and he slowly began to shift his focus outside the Beautiful Game.

Polish striker Lewandowski (33) got a big-money move to Barcelona while 35-year-old Messi is still considered one of the best players in the world. (FILE)

But Messi, Ronaldo and Lewandowski would seldom give in to such excesses. Such is the level of competition in modern football, these three are hardly seen at nightclubs and parties. That is not to say that the modern footballer does not have time for letting the hair down. Neymar and some of his PSG teammates are notorious for hosting lavish parties, even during the Covid pandemic.

Once upon a time, Neymar was the heir apparent to the throne when Messi and Ronaldo left the game but since then, Mbappe and Erling Haaland have passed him by. Time will tell if Neymar, who turns 31 next February, can truly fulfil his potential or will be a forgotten entity in the next 15 years.

If anyone had said then that the 2003 skinny teenager who had arrived at Manchester United from Portuguese club Sporting would turn into a physical specimen that stands in front of us in 2022, he would be called crazy. But that’s Ronaldo, whose dedication has kept him at the top of the game for close to 20 years.

According to Goal, Ronaldo’s main workout in the gym is split between cardiovascular training – such as running and rowing – and weights while on the pitch, his focus is on high-intensity drills that reflect match situations.

“A good workout must be combined with a good diet,” Ronaldo has said. “I eat a high-protein diet, with lots of whole grain carbs, fruit and vegetables, and avoid sugary foods.”

He has a personal dietician who has worked with him since his Real Madrid days, eating six small meals a day – or one every three to four hours, Goal reports.

He also eats plenty of fruits and lean proteins while at restaurants, he avoids frozen food.

Messi, meanwhile, is not a fitness freak like his Portuguese contemporary. The Argentine mainly focuses on maximising his agility before each matchday and working on his linear speed, according to Pinata magazine.

He practises the pillar bridge-front, lunges, hamstring stretches, and pillar skips. He also uses the hurdle hop as well as split squats in order to strengthen his core and leg muscles, according to the report.

Messi has also been asked to cut down on his meat intake and according to AS, he has also been told to give up pizza, one of his favourite foods.

The curious case of Eden Hazard

Once blue-eyed Chelsea boy Eden Hazard has made just 66 appearances in all competitions in three years with Madrid, scoring six goals and providing 10 assists. He is just 31. (File)

A prime example of how things can go wrong if a player is not properly motivated is Real’s Eden Hazard. Since arriving from Chelsea for £103.5 million, the Belgian, once heralded to be a sure-shot Ballon D’Or contender, has been a big disappointment at the Santiago Bernabeu.

His time at Madrid has been hampered by injuries, with him being unavailable for over 550 days and missing over 65 games. The once blue-eyed Chelsea boy has made just 66 appearances in all competitions in three years with Madrid, scoring six goals and providing 10 assists. He is just 31.

With players like Ronaldo, Messi and Lewandowski still getting moves to big clubs even at an age which is considered too old for the pinnacle of football, names like Hazard, James Rodriguez and Dele Alli lie at the opposite end of the spectrum.

Watch: Cheteshwar Pujara slams 22 runs in one over in Royal...