On paper, Liverpool’s quarterfinal assignment in last season’s UEFA Champions League was considered relatively straightforward, despite the Reds facing Benfica who had eliminated Ajax in the Round of 16 and thrown Barcelona into the Europa League in the group stage.

After a dominant away display in the first leg, Liverpool’s progress was not hampered by a 3-3 draw at Anfield, as they prevailed 6-4 on aggregate. But despite the team from Merseyside boasting several superstars, it was Benfica striker Darwin Nunez who took home most of the plaudits.

Nunez kept Liverpool’s defenders busy, scoring two of Benfica’s four goals over the two legs, having another two disallowed in the second game – one of which was a contentious VAR decision that could have given a glimmer of hope to the Portuguese side.

His movement was dizzying and dangerous; his ability to find space in the box was something Jurgen Klopp’s well-drilled Liverpool forward line would be proud of.

So, it comes as no surprise that three months after the tie, Liverpool have bet big on Nunez. The 22-year-old has been signed for 64 million pounds, which could rise to a club record of 85 million. Liverpool fended off interest from other major European clubs – Manchester United were also said to be keen on the Uruguayan.

Pressure comes with the expensive and high-profile move, but in the past, Nunez has not allowed it to affect his performances.

He comes from a humble background and was picked up by Uruguayan side Penarol as a teenager. Despite facing multiple injury setbacks, he impressed enough to get a transfer to the newly-rich Spanish second-tier team, Almeria, for 5 million euros, quickly making his mark there and earning a club-record 24 million Euro move to Benfica in 2020. 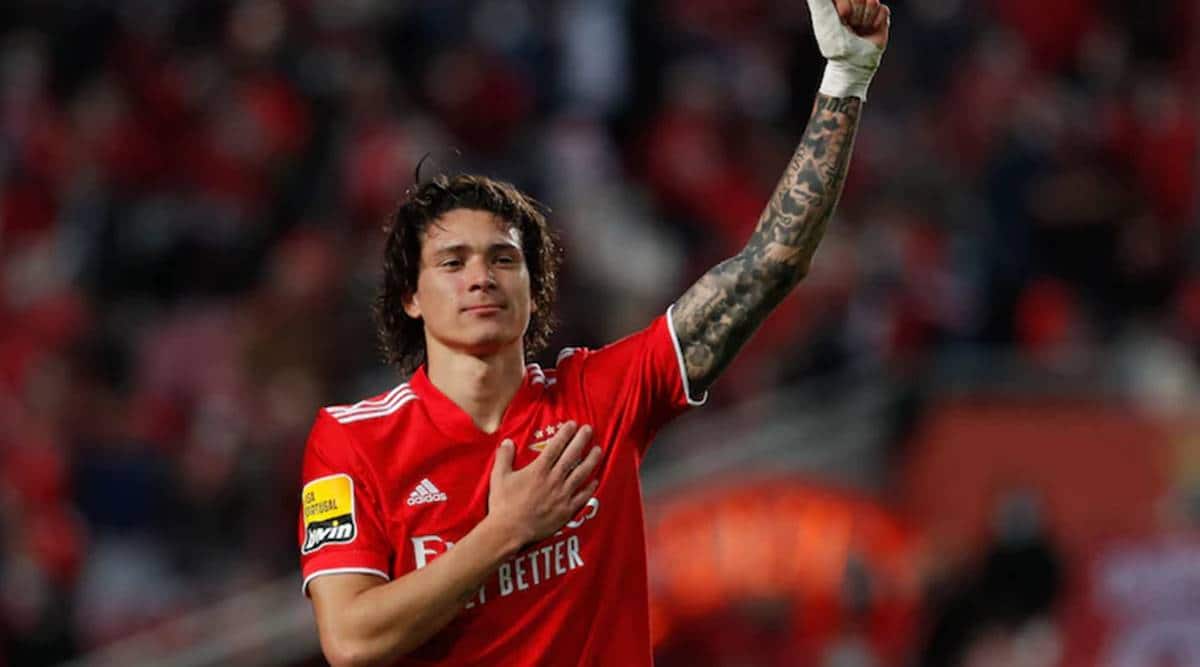 Benfica is no stranger to the big European moves – thanks to a combination of their ability to spot talent and their close relation with super-agent Jorge Mendes.

Nunez’s move to Liverpool is the club’s second-biggest sale, behind Joao Felix’s move to Atletico Madrid for a reported 120 million euros in 2019 and ahead of Ruben Dias’ reported 68 million euro transfer to Manchester City in 2021. All three players are represented by Mendes’ Gestifute agency, and while there may be an element of risk in the deals, the move for Liverpool – who are generally judicious in the transfer market – seems a perfect fit.

It may well take Nunez some time to get used to Klopp’s high-tempo, high-pressing style of play. The Portuguese league is hardly as physical as the Premier League, and the 22-year-old has not shown as much dynamism in pressing from the front, an aspect of his game that will need to be developed with time. It is his attacking versatility that would have had him high on Liverpool’s priority list this summer. The Uruguayan can play as an out-and-out forward, and his impressive scoring credentials suggest exactly that.

But at times for Benfica, he was employed as a second striker and has also played on the left flank thanks to his foot speed and ability to arrive late in the box – both attributes that work well for the way the Reds attack.

Klopp likes his centre-forward to drop between the lines to make room for the wingers to become the most advanced duo and latch onto quick transitions, a role Sadio Mane and Mohamed Salah have performed expertly, and given Nunez’s pace, one that he should be adept at too. 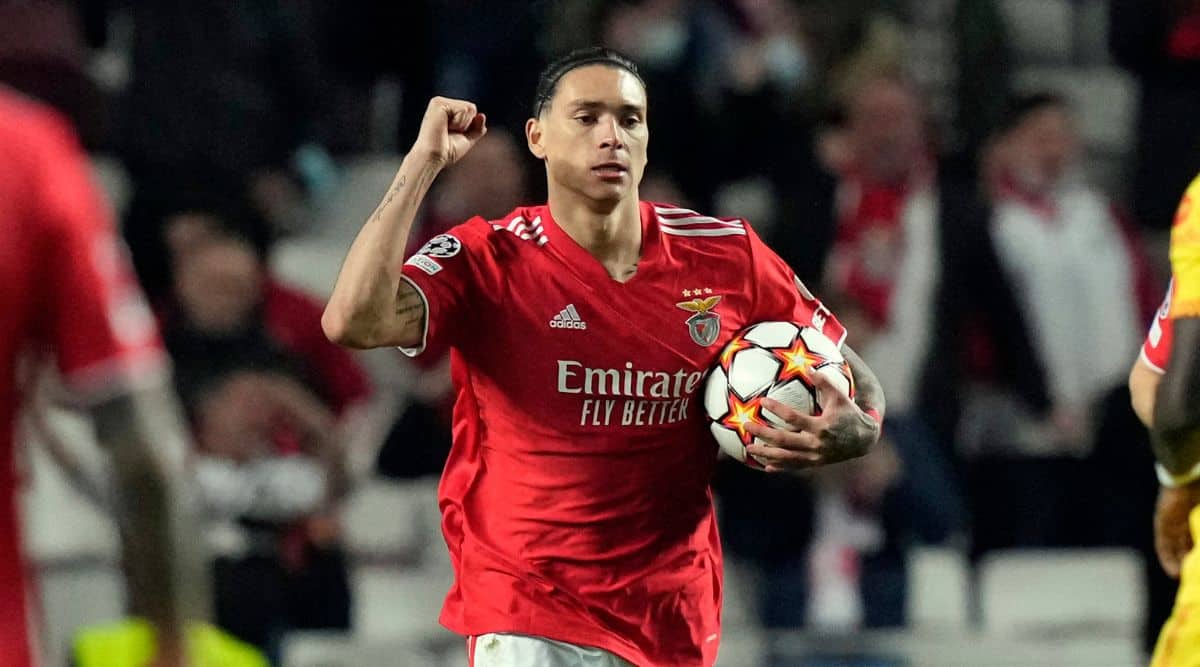 Uruguay striker Darwin Núñez completed his move to Anfield from Benfica for an initial fee of 75 million euros ($78 million) on Tuesday. (AP/FILE)

With fullbacks Trent Alexander-Arnold and Andy Robertson providing overlaps on the wings and plenty of crosses, Nunez’s ability from the front and back post – 92 percent of his Benfica goals have come from inside the box – should work perfectly.

In terms of physicality and pressing from the front, Nunez may have some way to go, but in terms of his goal-scoring ability and attacking fluidity, Liverpool seem to have found the right man.

Liverpool’s long-serving frontline of Mane, Roberto Firmino, and Salah – all three of whom have recently turned 30 – will need a shake-up soon.

Firmino has already started playing less and less, and Mane seems to have played his last game for the Reds, inching closer to a move to Bayern Munich. Salah may be a Liverpool superstar and an all-time Premier League great, but his contract expires this year, and there is no update on an extension.

The Reds have, in part, addressed that with three new players. Digo Jota has established himself as a mainstay after his move to the club in 2021, and last year, they spent a fee reportedly rising to 60 million euros for Luis Diaz, another import from the Portuguese league.

Our new 2️⃣7️⃣ has a special message for you, Reds 😁 pic.twitter.com/3FIpBC21Zc

Jota’s movement and ability to take up goal-scoring positions in the box, and Diaz’s energy and ability to take on players with deft footwork and dribbling have provided a new lease of life to Liverpool’s attack. And while Nunez may seem like a direct replacement for Mane, it is the Reds’ over-reliance on Salah for goals that he can address.

Salah scored 31 goals last season, the highest for any Premier League player, and while Mane and Jota did contribute a combined total of 44 goals, it was when Salah’s form dried up that Liverpool struggled going forward. 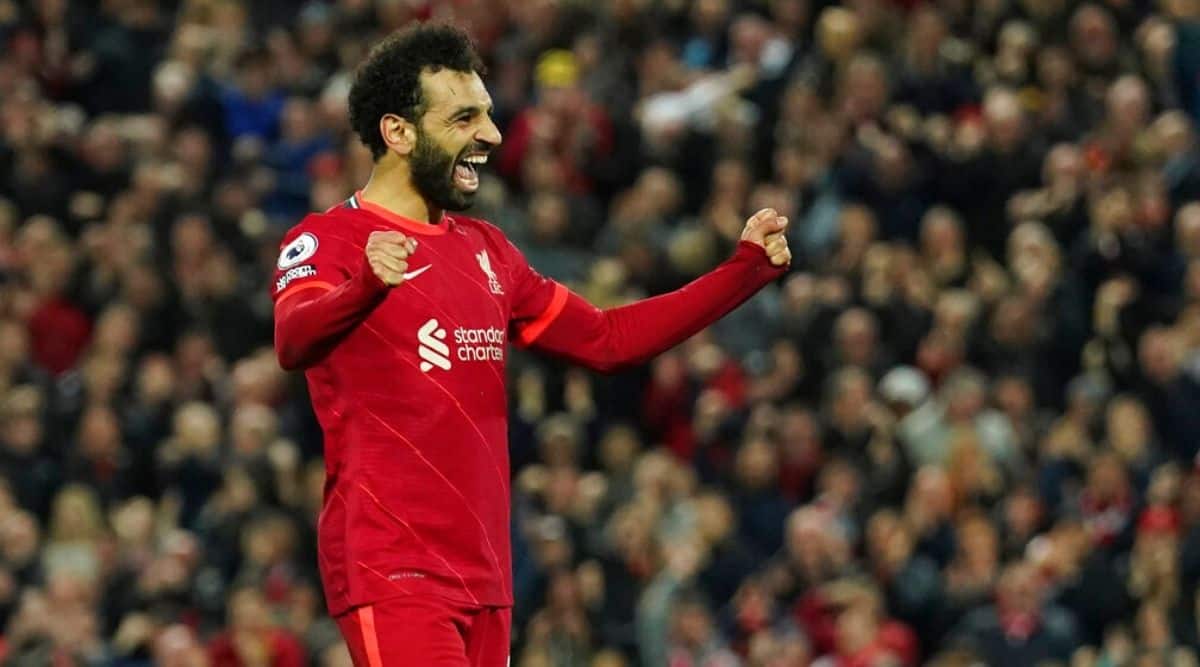 In 2022, Salah has only scored nine goals, and while Mane did pick up the slack by scoring 14 in that period, the Reds often dug deep defensively to make do with a 1-0 or a comeback from a deficit to force wins.

Nunez’s fresh legs and impressive goalscoring form would be a welcome addition to this frontline, especially if Salah’s form faces a dip any time soon.